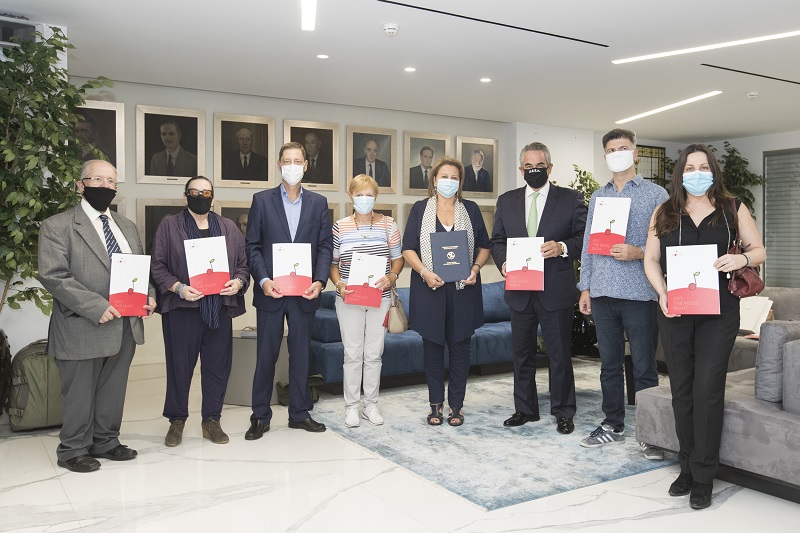 An important initiative, which brings one step closer Music Performance Users and Creators / Rightsholders, is the agreement signed today, Monday, September 28, 2020, between the Union of Hellenic Chambers and the Music Works Collective Management Organization, “EDEM”. With this agreement, the two bodies demonstrate in practice their commitment to support intellectual copyrights and protect music creators and users, at a time when both are hurt severely by Covid-19 and the economic crisis.

The agreement was signed by Mr. Konstantinos Michalos, President of the Union of Hellenic Chambers and Dr. Louka Katseli, Director General of EDEM, in the presence of Mr. Foivos Delivorias, creator and Chairman of the Board of Directors of EDEM, Ms. Lina Nikolakopoulou, lyricist and member of EDEM, Ms. Viki Gerothodorou, lyricist and member of EDEM and Ms. Katerina Zambeta, heir of George Zambetas and member of the Supervisory Board of EDEM. The agreement initiates a special pricing policy which includes exemption of charges for companies which were shut during the lockdown periods, significant reductions in payments for 2020 and past claims and   incentives for the timely payment of outstanding royalties.

The agreement comes to seal the productive discussions held between the two parties during the previous period.

Following the signing of the agreement, the President of UHC Mr. Konstantinos Michalos, noted:

“In view of our common interest logic, and present difficult circumstances, we have reached an agreement of close cooperation with EDEM, the Music Works Rightsholders Collective Management Organization, its Board of Directors, chaired by Mr. Delivorias and its General Management under the leadership of Dr. Louka Katseli.  After many constructive and mutually beneficial meetings, we have reached an agreement which facilitates payments of royalties by users who perform music works and supports creators whose music repertoires are represented by EDEM. The agreement protects at the same time the rights of both intellectual creators and users, since protection of intellectual creation is a prerequisite for entrepreneurs whose survival depend on the use of music. The text that will be signed today is intended to provide a guiding framework for all Chambers in the country, which are asked to seriously consult and accept it, so that they can make better public use of music works. Last but not least, I hope that this agreement will be the beginning of a continuous and uninterrupted cooperation between enterprises and music creators of our country to whom I wish every success”.

“Today’s agreement between the Union of Hellenic Chambers of Commerce and the Association of Music Rightsholders – EDEM is a practical confirmation of our will to:

-work closely together for the mutual benefit of both music creators and users who continue to suffer from the prolonged financial crisis and pandemic containment measures,

-support music creation by protecting the copyrights of music creators, which are the main source of income for most of our members,

-to provide business relief to users for 2020, including lower prices, incentives for timely payment and prepayment of claims and debt settlement schemes so that, during this difficult period, the use of music can be an affordable and desirable service for most companies,

-explore all possibilities and constructive solutions so that beyond 2020 the copyright market can be effectively regulated and normalized for the benefit of our members”.

Among other things, the creators and rightsholders that attended the meeting stated:

Foivos Delivorias, Creator and Chairman of the Board of Directors of EDEM: “I feel very optimistic and confident as you are both personalities who inspire confidence to our respective members. I am confident that you will work together very creatively, and many new ideas will be generated to explain and disseminate the value of rights’ protection to the wider public “.

Lina Nikolakopoulou, Lyricist: “When needs between parties and people are revealed and institutionally strengthened, people receive the signal much more easily. I think it is time for a settlement to be reached between the parties involved: What we do, what they offer us, what is shared on both sides; a picture is worth 1,000 words and this is a step upwards, despite the crisis. I believe that this agreement will help a lot to create a positive vibration in the field of intellectual copyrights; this is what is needed.”

Katerina Zambeta, heir of George Zambetas and member of the Supervisory Board of EDEM: “I believe that with this move, copyrights will find the place they deserve, as they have been devalued in recent years; I hope they acquire the place they deserve because people have not fully understood their importance. For example, I remember my late father who used to say: “How can a man live who has an inspiration, is a lyricist, works, produces a work that pleases you?  How can this man live whose work you hear having fun? “.

Vicky Gerothodorou, Lyricist: “I hope that all the creators and users join forces so that we can do even better.” 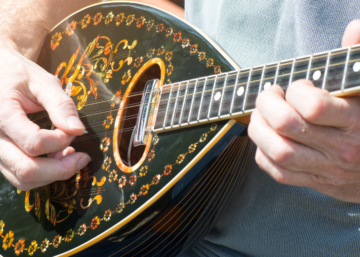